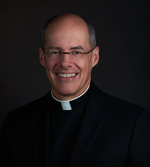 As I’m writing this article on this winter day, I’m looking out the window and watching the snow fall on Chicago. With the exception of early snow on Halloween, I think we’d all agree that, so far, we’ve escaped a harsh winter with lots of snow and frigid temps. Let’s hope it stays that way! I don’t want to jinx us now!

One of the images that is tattooed in my memory from many years ago, especially when it comes to heavy snowfall, are events like the blizzard of ’79 or more recently in 2011 and 2015, to recall just a few. Like any big snow, especially in Chicago, digging out can be a real chore. I can recall many times during those big heavy snowfalls and living on a typical city street on the southwest side when it was “all hands on deck” to help each other on the block when it came to walkways, driveways, and those most coveted parking places in front of our houses.

Likewise, before the invention of front-wheel-drive, I can recall countless times as a kid when a neighbor’s car would be stuck in the snow, the rear wheels spinning furiously on a patch of ice and “the call to arms” was announced. “Let’s go!” someone would often yell to the rest of the neighbors on the block, “we have to give Mr. Altman’s car a push!” And without hesitation, six or seven guys would trudge through the snow and GET BEHIND the wheel-spinning-car and with shared energy, pushing with all force, set it free! With traction under his tires, off he went.

When I think about Old St. Pat’s and our “success” as a vibrant church in the 21st century, I recall that winter image of shared energy and giving each other a push. The reason Old St. Pat’s attracts a community from around the city, suburbs, and indeed around the nation is because we foster a common dream to “GET BEHIND” the mission and give it all we got!

Thirty-six years ago, a younger Fr. Jack Wall, my mentor and predecessor, came to Old St. Pat’s and brought an energy and a dream of what this church could be like. Having inherited an old, tired, worn down piece of “machinery” (buildings in disrepair, not a lot of people, and zero resources) Jack and others got together and said let’s GET BEHIND this church, dream of a new, exciting mission, and give it a push into the future. And so it happened.

With no financial resources to sustain the early mission of Old St. Pat’s, one of the first means of securing some funding was to throw the World’s Largest Block Party. If you grew up in Chicago, you were well familiar with a city block party: gather your neighbors, shut down the street, have some music and beer, and the rest is history. For the past 35 years, thousands of people have both enjoyed the Block Party and got behind its success. Had it not been for the early pioneers and the countless volunteers who kept pushing the World’s Largest Block Party into the successful event it has been as one of Chicago’s signature summer-time festivals, we as a church would never have benefitted from its financial success. We are so proud of the amazing run of the World’s Largest Block Party we have enjoyed for these past 35 years. Without those significant funds, much of what we do today at Old St. Pat’s would never have been realized.

Today, however, Old St. Pat’s is a much different place than it was 35 years ago and the city, its demographic landscape, and the summer event environment is much different and likewise much more difficult for us to navigate. There is more competition today than ever before during the summer months in Chicago. We are grateful for where we have been and we are excited as we look to the future and starting to plan events, experiences, and programs that reflect where we are going.

​Because of the many people here at Old St. Pat’s who have committed so many years to the event, I wanted you to be the first to know that we will not be hosting the World’s Largest Block Party this coming year. As we get ready to embark on the 175th anniversary of Old St. Patrick’s Church, we feel it’s time for us to start imagining and creating events that will launch us into the next chapter of our community life.

For starters, I think we have a great opportunity with this year’s St. Patrick’s Day, 2020. I was humbled when the parade organizers asked me to serve as the Grand Marshal of this year’s parade. I see it not as a personal honor for me, but more importantly as a way to celebrate the life of Old St. Pat’s. Besides our participation in this historic city event, we would like to host a different kind of Block Party, calling it “Shamrock’n the Block” which we will host right here on Desplaines Street in the shadows of Chicago’s oldest church. More details will be forthcoming but PLEASE mark March 14th as a day to start something new for our future, which is filled with great Hope. Like those ancestors 175 years ago and those who gathered 35 years ago, let’s GET BEHIND IT and keep pushing our mission forward, making it strong and alive!

In anticipation of a Happy and Joyful St. Patrick’s Day,