Are you inspired by the message of Laudato Si? Want to be a faithful steward of our common home and encourage others to practice sustainability? OSP Green Team shares your passion.
To learn more, contact Kayla Jackson at (312) 798-2399 or ​kaylaj@oldstpats.org 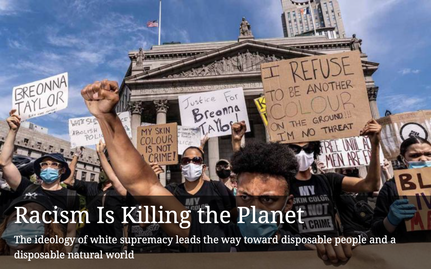 “Earth is the only planet we get. And, thanks to polluters who profit from exploiting Black and Brown communities, we’re in the process of making it uninhabitable.”
- Hop Hopkins, “Racism is Killing the Planet” in Sierra, June 2020
​
What a time we are living in. First the global pandemic, which has taken so many lives, and led to mandated social distancing measures, with forced cancellations of all kinds, from funerals to sporting events and concerts. No kissing, no hugging, no handshakes. We can’t see our relatives and friends in hospitals and nursing homes. Then the economic collapse with its bankruptcies among businesses large and small, unprecedented job losses, loss of health insurance and swift fall of the stock market. How do you find a new job when business are closed or operating at 25% of capacity? Who is going to pay for your health care if you are uninsured, get COVID-19 and need hospitalization? And now the images of police killings and racist attacks in all forms, including the deaths of George Floyd and Breonna Taylor, and the threat to Black birder Christian Cooper by a white woman who was violating New York’s Central Park rules about dogs on leashes.

Were you surprised to see racial patterns emerge as we tallied the devastation of COVID-19? Did you expect that African Americans in the US would be 2.5 times more likely to die from COVID-19 than whites? Did you know that African Americans in Chicago make up 30% of the population but 60% of the COVID-19 deaths? A survey of Black and Latinx small businesses in mid-May found that 51% had sought financial assistance of under $20,000 under the CARES Act but only 1 in 10 received that assistance. Meanwhile 81 publicly owned businesses in California got $204 million in CARES funding; some declined or returned the funding after public outcry over large corporations benefitting from money intended for small businesses.

Hop Hopkins, from the Sierra Club, argues in his article “Racism is Killing the Planet” that there is a connection between these racial patterns and our on-going environmental problems. The connection is that both spring from the same fundamental attitude, a sense that certain places and certain people are of no value, are “disposable,” and so can be treated without any particular attention and concern. These places are sacrifice zones in our country. And the people who live there are also sacrificed. 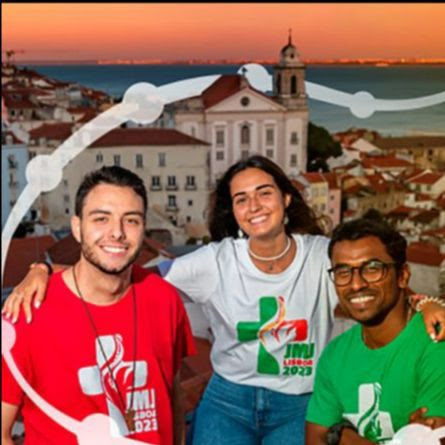 Think Cancer Alley, also called Death Alley, in Louisiana, hit hard by pollution from local oil refineries and chemical companies and named for the high cancer rates in its mostly black population, and now suffering from COVID-19 as well. Think the Navajo nation with its uranium mines and coal plants, which have polluted the air and ground water in the area for decades; now the nation’s infection rate from COVID-19 exceeds that of any single US state. Closer to home, think the far South Side of Chicago, for years a dumping ground for pet coke (a byproduct of oil refineries), experiencing high rates of pollution, related conditions like asthma, and now with high numbers of COVID-19 cases.

We need to give up thinking of parts of our country as sacrifice zones, inhabited by disposable people. No human life is disposable; all are valuable and deserve our love. That kind of thinking lets us ignore the ways we are trashing this planet, our common home. If we saw each part the world as sacred, then we wouldn’t be willing to create a Cancer Alley. We wouldn’t be willing to build pipelines across rivers that are the water supply for thousands of people downstream. We would use our superb science and technology to figure out ways to live lightly on this earth, and to create prosperity that does not depend on damage to some. We would distribute the benefits and the burdens of shared wealth equally among all people. And we would be closer to the green world that our hearts desire. So, for all these reasons, Green Teams should be anti-racist.
Join Encore on Thursday July 9 at 7 pm for Reflections from Rev. Brian Sauder

OSP’s Encore Group is staying connected during the pandemic with Zoom meetings on topics of interest to those aged 50 and older. On Thursday July 9 at 7:00 pm, Encore is hosting a session with Rev. Brian Sauder from Faith in Place. Faith in Place is a statewide not for profit group that believes “when people of faith lead the environmental movement, it is a movement focused on justice and care for our common environment.” Rev. Brian Sauder is an ordained minister of the Mennonite Church with degrees in environmental science, religion, and business administration. This should be an inspiring and relevant conversation as we celebrate the 5-year anniversary of the publication of Laudato Si. To sign up, go to the following link on MyOSP: osp.ccbchurch.com/goto/forms/327/responses/new

Everyone who signs up will receive the Zoom link no later than 2 pm on July 9.